What does all that organic material do to the soil?: A small case study.

This was one of our first large orchards we put back in the ground back in 2016. We were figuring it out, making mistakes, fixing mistakes, and getting the process worked out.

These trees were planted back in 1928 and they had been through a lot in life. They were monsters. The owner decided he didn’t want to fight the blight any longer, wanted to start over and set it up for the generations to come. We had done a few orchards, but this was still a pretty unknown process. Many were questioning how that much wood was going to effect the soil and new trees. Ultimately we didn’t know for sure. Some of the folks at Oregon State University offered their opinion that although it might require some additional nitrogen; it shouldn’t have a negative effect. Positives were hard to tell for sure. 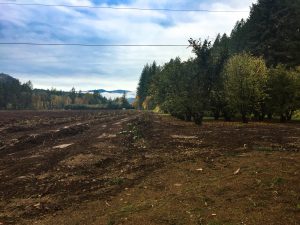 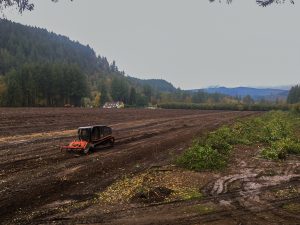 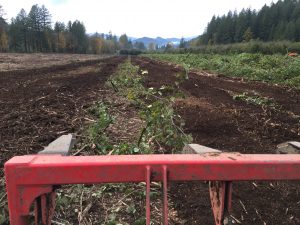 This particular client was an adventurous and full steam ahead sort of guy; not afraid to try new things. So he gave us the go-ahead. We struggled through some of it, had to rework some of it, learned what we didn’t know, then learned some more. Thankfully he was very patient and just appreciated the effort made and the progression toward a finished product.

We put a lot of wood into the ground, probably around 30-40 tons to the acre. All mulched, no smoke, no burning

In the fall of 2017, new trees were planted single-density 20′ x 20′. Then in 2021 was the first harvest and landed at 612 pounds per acre, which is not bad on a single density. We do think that the nitrogen uptake is something to consider, but it has not proven to be much of an issue. We have another client that we just did another orchard for this year, that said they are dialing way back on nitrogen because they put too much on, causing too much growth.

We have changed and streamlined our process a ton since then, and we are so grateful for the pioneers who took a chance with us and our crazy ideas. 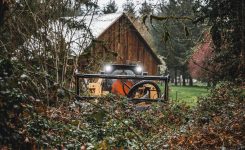 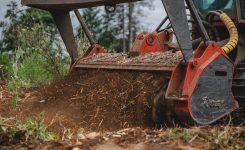 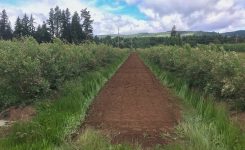 Blueberry Removal: Putting them back in the g... 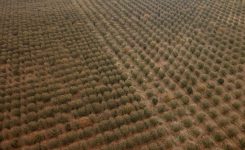 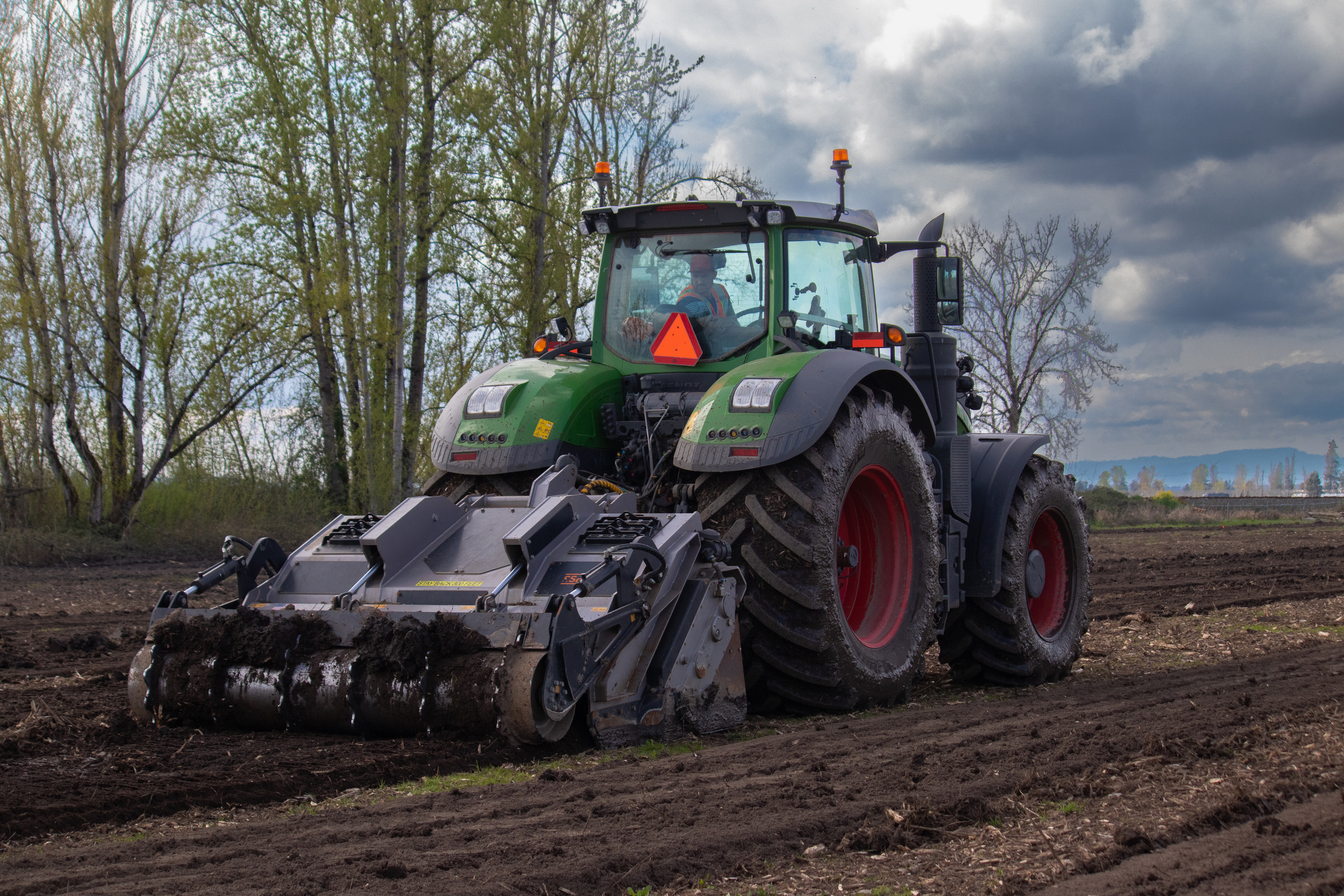